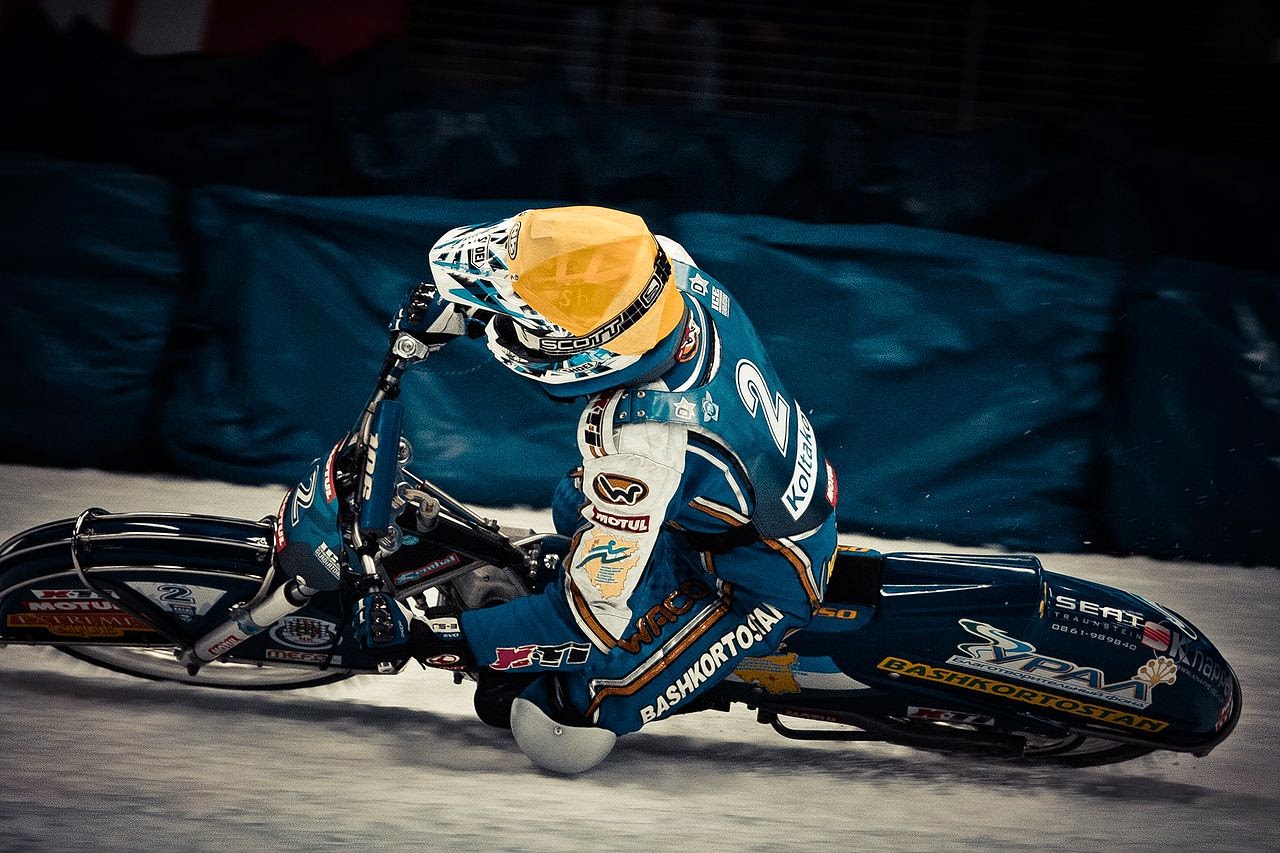 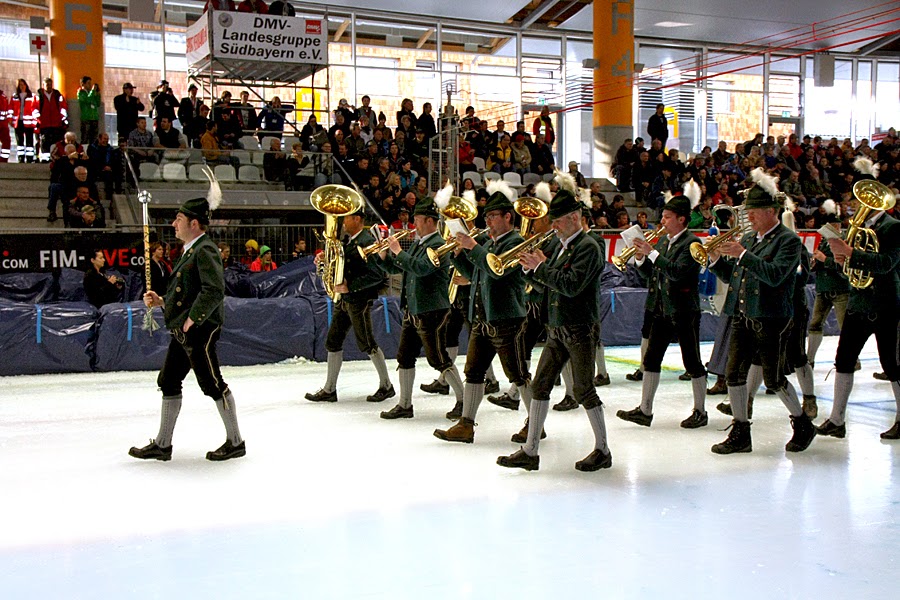 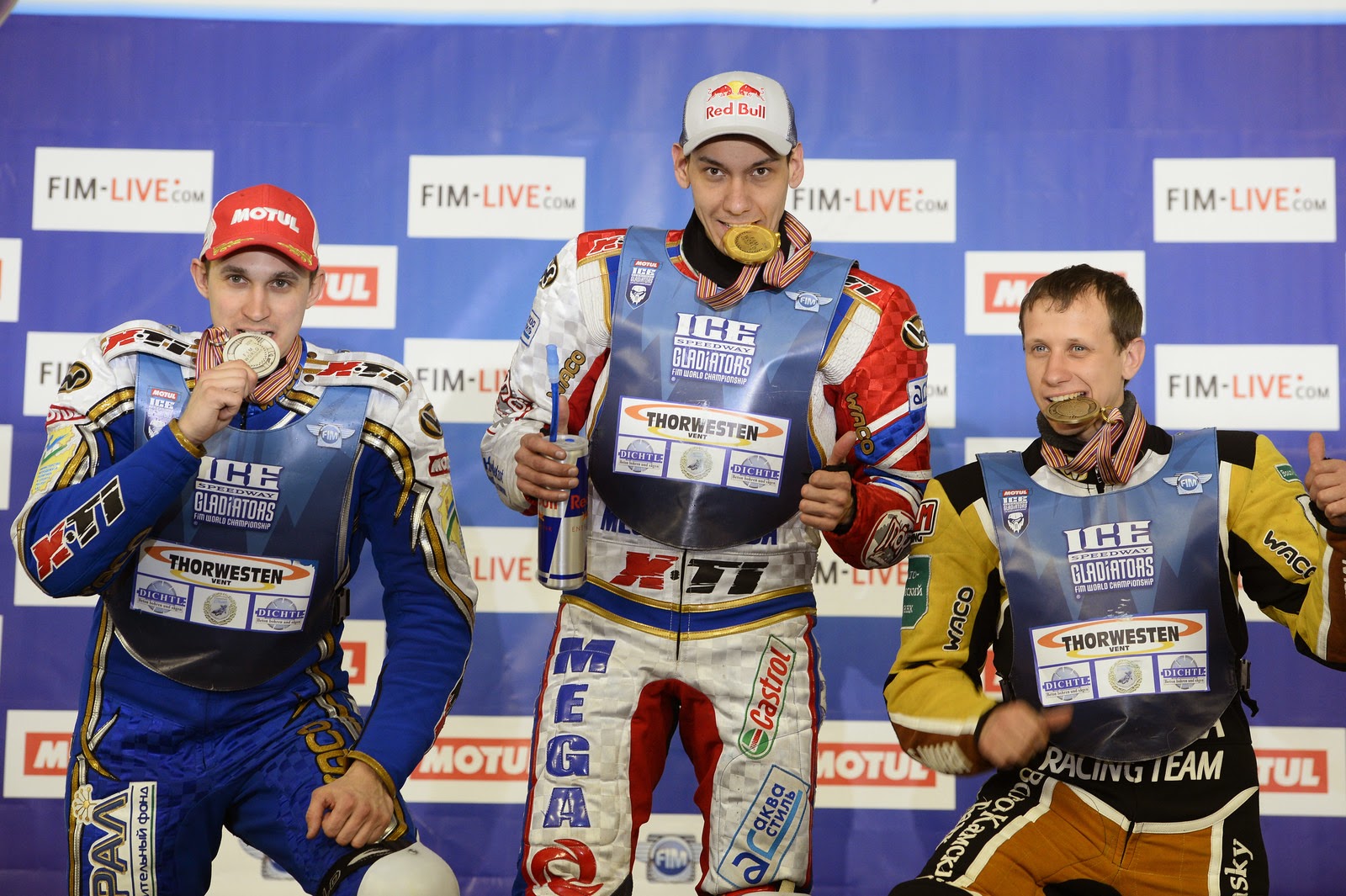 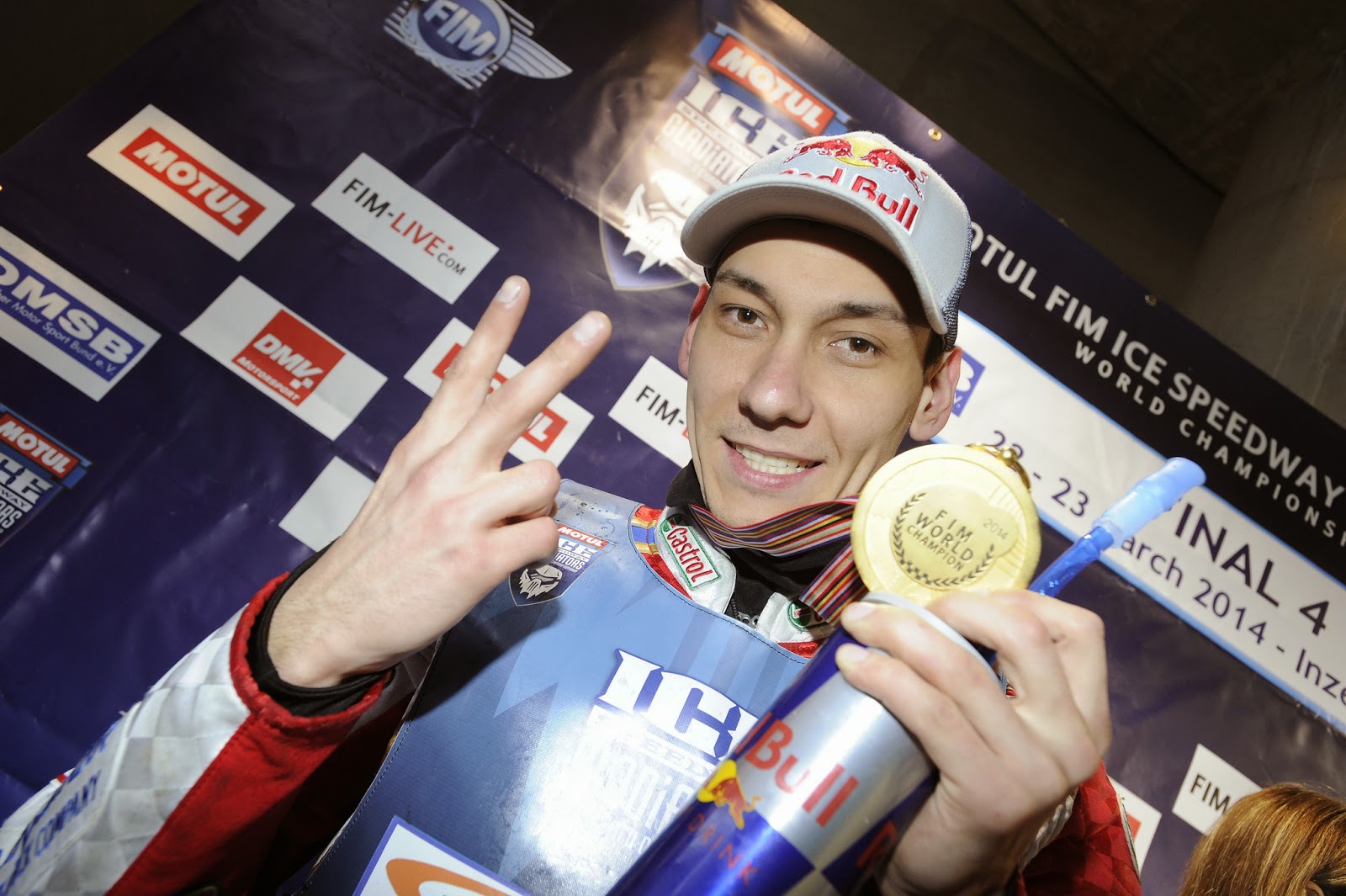 Russia’s Daniil Ivanov retained his Motul FIM Ice Speedway Gladiators World Championship title by winning the final round with an unbeaten 21 points and completing the double over runner-up Dmitri Koltakov with Dmitry Khomitsevich 3rd in a repeat of the 2013 result. Ivanov had led the series from the first event and looked to be in command throughout although the margin of his win was less than last year.

The final meeting in Inzell, Bavaria produced some spectacular racing over two days in front of a packed crowd in the superb weather-proof Max Aicher Arena where the track was in excellent condition and the German organisation to its usual high standard. 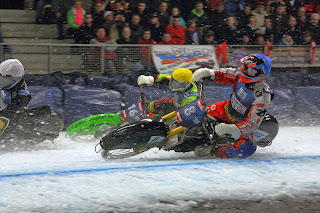