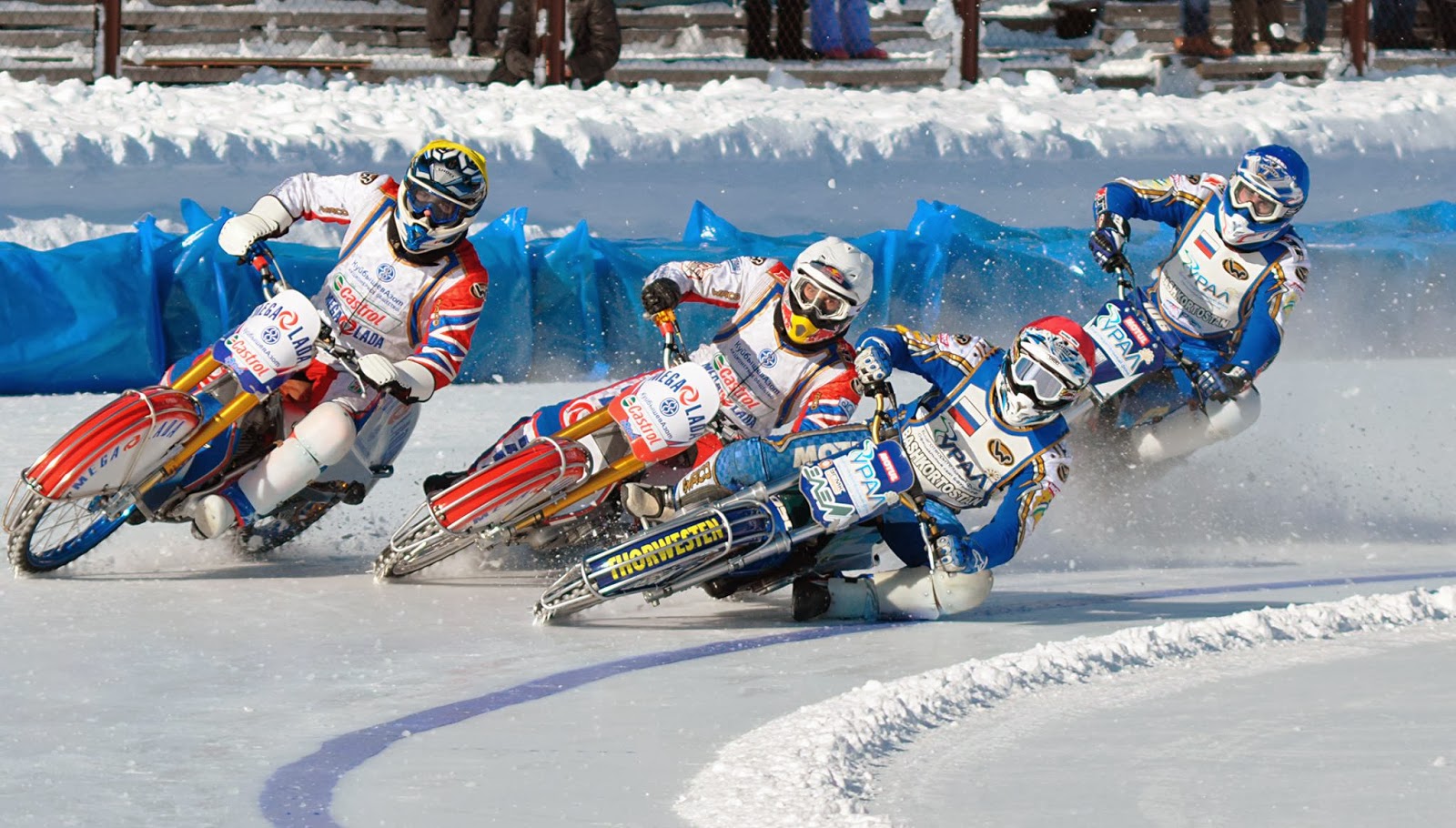 22-23 February 2014 in Ufa, Russia,  were 3-4 stages of Team championship of Russia on ice racing (Superleague). These competitions became decisive for the team «Bashkortostan» (. G. Kadyrov, Ufa). The main power and might, as usual, are legendary 18-time world champion Nikolai Krasnikov, and is titled pupil - Dmitry Koltakov. An interesting arrival of the titans took place on the first day of the competition, where the «Bashkortostan» won a landslide victory 5:1 over the reigning champion of Russia - team «Mega-Lada» (Tolyatti). On the last meters to the finish, world Vice-champion Dmitry v bypassed the current world champion Daniel Ivanov and Nikolai Krasnikova - winner of arrival, already welcomed the jubilant crowd.
But the joy of the Ufa team was too early... In the internal meeting with the Sterlitamak «Kaustik» start and finish won Igor Kononov («caustic»), which, however, was instilled hope - «Kaustik» will compete for the bronze?... But, alas, with other strong contenders as Togliatti and Samara, success was repeated - Kononov against «Mega-Lada» and Samara command on the start-not released, thereby depriving their team chances at the place, which benefited the main rivals of Ufa. «Kaustik» - the 4th place after four legs.
http://www.speedway-press.ru/2014/02/feb32.html
PHOTO: Simon Zakharov